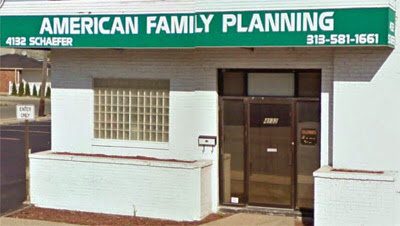 Margaret Sanger, former President of Planned Parenthood, said infamously in the 1930s, “Colored people are like human weeds and need to be exterminated.”

Her goal of genocide and Hilter-like eugenics has been alarmingly successful with more African-American babies being aborted than born in places like New York City.

The strategic placement of abortion clinics in minority areas contributes to this. (I do realize this is a controversial issue. Some observe that it is in those minority areas, which are often low-income areas, where clinics should be since those are the people who are the most adversely affected by an unplanned pregnancy and those are the places where unplanned pregnancies occur more frequently.)

Then there’s also the contribution of white manipulation, heavy-handedness, and oppression which my friend Hope shared with me.

Hope, a previous member of an African-American church in Detroit, told me of Planned Parenthood approaching church leaders of black congregations and offering money to them so they would refer members of their congregation for abortions. This wasn’t to “help” the poverty-stricken during a time when they were trying to get on their feet economically. This was all part of Planned Parenthood’s goal in the “Negro Project,” to eliminate those they saw as unwanted and undesirable in society.

Who inculcated these minorities and lower-income individuals with the mindset that it’s better for them to walk to the nearby, conveniently located abortion clinic to get an abortion than it is to walk there to get condoms? Planned Parenthood made the bed for them and they are lying in it. Abortions are how Planned Parenthood wanted births controlled. Not condoms. Condoms don’t always work. But killing does.

Unfortunately, there is conflicting opinion on the matter of abortion in the African-American community itself. One outspoken pro-life black pastor declared, “The most dangerous place for an African-American is inside the womb.” This statement created no small stir among African-Americans in the recent past, some trying to use it to educate on unprotected sex and its consequences. Other blacks dismissed it and were offended by what they called racist wording.

Amidst the confusion, one person was clear on what his goal was in the abortion industry. That man was Dr. Joon-Nahm Ann, abortionist at 4132 Schaefer in Dearborn, MI.

Upon entering the back door of his clinic one of those freezing mornings in February of 2012, he looked at us and gave us the Nazi salute. And who were the women sitting in his waiting room that we had watched go in the front door just minutes before? A disproportionate amount of African-American women.

Coincidence? Or precisely the way Sanger planned for it to be?