There I stood knocking at Vivian’s door holding a decorative basket filled with some red and tan dish towels and cloths to match her new house. She had lost everything months before to a housefire, she and her husband Andrew, escaping only with their few month old daughter, Madison, and the clothes on their backs.

They were getting settled and situated in their newly rebuilt home, and, in a sense, so was I. Matt and I had just gotten married and I moved to MI where he was in seminary. We were setting up house, as the saying goes, and I was indescribably lonely.

Matt and I were working opposite shifts and he was busy with seminary – inundated with learning Hebrew (I remember on car rides we’d listen to tapes of Hebrew diction – wonder why I was lonely?!), learning the logic of writing good papers, and more reading requirements in four months than I could fulfill in a lifetime. We were also serving closely with Andrew and Vivian on youth staff in our church.

I remembered Vivian from college. How could you miss that creamy Puerto Rican skin and shiny jet black hair across the dining common? She was beautiful and stood out in a crowd. Our paths didn’t cross too closely in college, except for the Spanish class we shared. I was struggling to pass it and bitterly wondering how she, someone who grew up listening to Spanish all her life, ended up in the same class with me?! Life was not fair – she had good skin AND clearly was placed lower than she should’ve been in Spanish.

But thanks to progressive sanctifcation, I got over it, and when I moved to Michigan, would pray that I could be friends with her. I just knew we would click. Andrew and Matt had struck up quite the friendship Matt’s first, and only, bachelor year of seminary.

So there I stood at her doorstep extending that basket filled with gifts, but mostly high hopes for the start of a friendship. She invited me in. The rest really is a blur because before I knew it we were over there all the time. We didn’t have kids yet, so we’d show up unannounced at their house at 9 PM with coffee for Andrew and hot chocolate for Vivian. The four of us clinked glasses of sparkling grape juice together on my 27th birthday across their coffee table. We even stayed so late one night we ended up sleeping in their guest room.

We cuddled newborn Sydnee (the first baby who won my heart), gave Cole his bottle, and I babysat little Madison, reading to her and incorporating all her toddlerisms into our vocabulary, like any good Titi would. (“foredead,” “edults,” etc.) 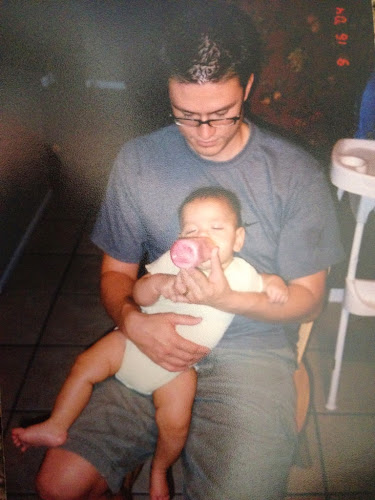 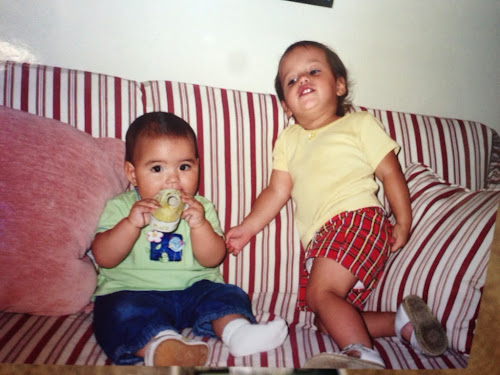 We helped them move to a different house a few months later, packing up their burgandy mini-van and driving loads of dresser drawers across town to their new home on Shenandoah. That house too would become our home away from home.

It didn’t take me long to notice, though, that Vivian was a friend I couldn’t outgive. Just when I’d think I’d shown her how much I loved and appreciated her, she and Andrew would pull into our driveway unloading end tables and a coffee table to go with the new dining room table they took us to pick out at the furniture store a few days earlier. Matt and I would shake our heads in disbelief at their generosity and kindness to us.

I’d sit in the “classroom of her living room” for hours, developing my philosphy of parenting by observing her intentionality with her kids. I knew the verses about parenting in the Bible, but to see it lived out in such a careful and diligent way has influenced my parenting more than any book I’ve read on the topic. Being a first generation Christian, I had much to learn about raising a family, and God placed Vivian in my life to help set the trajectory of what being a Christian parent looked like. I still thank God for his timing in allowing me to have her invaluable example and education.

Time doesn’t allow for me to explain how she was the first person I told when I found out I was expecting Stella so she could help me pull off a surprise reveal for Matt. Nor how she threw me the biggest blow-out baby shower I’ve ever seen, celebrating the upcoming arrival of little Stelly, as we affectionately called her. Nor how she humbly immersed my 9-month-pregnant swollen, chubby feet down in a bucket of warm soapy water and gave me my pre-birth pedicure. Nor how she sat me down and told me the real deal about labor and delivery and post partum recovery. Nor how she came into my hospital room why I was in labor and chased a nurse down the hall telling her how hard I was laboring and that I desparately needed an epidural. Nor how she came to my side when I was so sick with mastitis and then c difficile colitis, buying me refrigerated probiotics (the good kind her father-in-law recommended for me) and taking little Stelly to love as her own for a few hours so I could rest.

I remember the night they moved to Florida in 2006, following God’s call on their lives to revitalize Keystone Bible Church, a struggling church about ready to close its doors, with only about 7 members at the time. I couldn’t keep my composure as we said goodbye. In just four years Vivian had become the sister I never had. She was the one I looked to for wisdom as I embraced the new responsibility of parenting. She was the one who embodied what love and service in the church looked like to me. After we got home that night I numbly laid my head on Matt as he kindly stroked my hair. I had no idea what my life would look like without Vivian in it. I already missed her immensely.

God is so gracious though, and allowed us to maintain a close friendship even across the miles, these almost 9 years since, mostly because of her unrelenting love. She has taught me more than any other person what being a true friend looks like…not just feeling warm feelings toward them, and thinking how much you love them, but actually telling them how much you love and appreciate them, and are bearing their burdens too. I cannot count the number of calls I got from her, feeling my pain alongside as we packed up our house in MI to move to FL, an echo of her own experience almost 8 years ealier. She assured me over and over of her prayers through the transition.

Last weekend I got a link from her to this post with a few simple words, “You’re one of the friends I’d want flown in to be with me.” I cried as I read Kara’s post, and wrote back to Vivian, “Thankful to God we get to see each other in a few days (she and her girls were coming for a volleyball tournament in the area) still celebrating life together.” And that’s what I wanted the weekend to be. I wanted to treat her to a fun, rejuvenating time, eating, laughing, and getting pedicures, all the background and avenue to what was most important to us – glorying in our Redeemer. 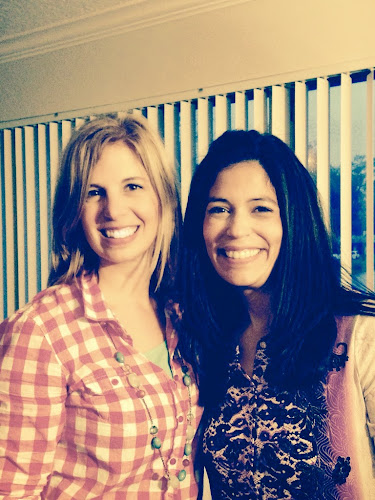 She got here early Friday evening, pulling in our driveway like she would on Keppen, laying on the horn to let me know my Puerto Rican friend had arrived! We got out of the house as quickly as we could, and loaded up our plates as we unloaded our hearts in a way only those who love you most can bear. We stayed up later than we had in quite awhile, and looked forward to doing it again on Saturday.

I couldn’t believe it, when I woke up so sick on Saturday I could barely make it out of bed, except for the necessity of vomiting. It seemed I had come down with a stomach bug. I was so disappointed. But once again, Vivian came to my bedside, talking to me, making me laugh, rehearsing what a day in her life is like, all the while running my house just like she lived down the street again. Unloading dishes, tidying up rooms, fixing dinner, and then sweetly brushing my hair for me as I laid on the couch, sick and covered in a blanket. 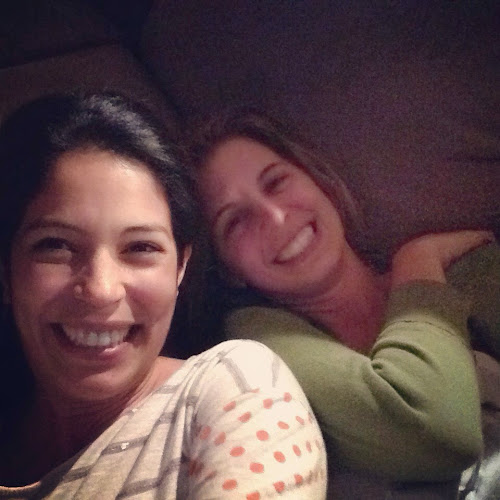 As I would apologize she’d say, “Erica, Are you kidding?! This is such a treat for me! I just love knowing you’re only a few feet away and that we can still talk.” How reimiscient of old times it was. The sweet Vivian I still can’t outgive and that still leaves me wondering how I can make it without her.

One thought on “A Basket of High Hopes Not Disappointed”