As Pastor Ken says, “Everybody works for God.”

And President Obama is no exception.

The November election of 2012 was formative for us. A pro-abortion president was reelected for another 4-year term. As I stated in Sunday’s post, earlier in 2012, we had briefly explored 40 Days for Life as one option for how to more actively stand for life but hadn’t settled there yet. I’m not sure excalty why this was the case, but the election of 2012 brought with it the full weight, for the first time in our adult lives, and subsequent realization of the morally slippery slope we were on as a country and it hit us square between the eyes. Maybe we were at a more settled state in our adulthood, no longer working our way through the very preoccupied seminary years. Maybe we were at a more settled state in our family life, emerging from the darkness of dealing with long and difficult pregnancies as well as having growing children whose eyes were being opened to the sad world around them. We were keenly aware the slip had been happening for many years (read decades) before, but for whatever reason, we had clarity at this point and knew this was our time to try and take matters into our own hands instead of passively relying on conservative politics to do what needed to be done.

“Obama winning reelection has made us certain about getting involved in [some type of] Right to Life action. We’re going to have to be more active this way, since our time in the voting booth is one thing, but not quite enough.” 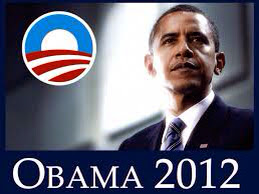