Skip to content
We knew what we’d name you long before we saw you. Your name waited for you. But on that rainy December day leaving our ultrasound appointment, we pulled it out of our hearts and said it right to yours.

Every time I see it, I am reminded that we indeed gave you a good name. Not good, as in tasteful (although we think it’s that too), but good as in respectable.

“A good name is more desirable than great riches.” (Proverbs 22:1)

It’s packed with three-generations of pastoral punch, the legacy of a Christian theologian and philosopher who convinced your Dad God is There and He is Not Silent, and the testimony of one of the most remarkable men we’ve called Pastor.

On your first birthday I reminded you of true greatness – being last and least like Jesus – evidenced in a story about Francis Schaeffer. On your third birthday, I want to tell you of a man who hasn’t written any books or started any international ministries, but who has humbly served God in the same local church for nearly twenty-five years.

In 1988, Joel and Nancy, along with their energetic Matthew Joel and pig-tailed Jennifer Elizabeth, moved to the little town of Cambridge, Ohio. Joel had completed his Master of Divinity degree some years earlier and was serving as an elder at Mt. Calvary Baptist Church, ministering to souls for free, and painting walls during the day to pay the bills. They heard of a small, struggling congregation in Southeastern Ohio. After visiting and interviewing, Joel took the offer of Pastor at Cambridge Bible Church, not even knowing what salary the church would be able to pay him. You see, Schaeffer, he had a message to share that meant more than money. He had a God to follow he knew would meet his needs. That God had encouraged him, in a similar way He encouraged a lowly shepherd, but soon to be king, named David. “I took you from the pasture and from following the flock to be ruler over my people Israel.” (2 Samuel 7:8) Joel took comfort in that verse because he saw God could take anyone – even an unremarkable shepherd – and use that person for His remarkable purposes. So Joel humbly reminded himself that all God would ask, He would provide.

It’s no surprise, then, when the need arose to supplement his pastoral salary, Joel didn’t think he was too important to go out and get a job to support his family. When his son, Matt, was older, he had the privilege of working with him for several summers. Matt says he learned more about his dad and from his dad during those days spent working with him, than he learned in all their other time together. He learned that his dad was who he said he was. He learned a work ethic that didn’t stop until lunch – even when others were taking breaks. Joel had a good testimony on the job and showed Matt how to live a life worthy of the gospel even when doing seemingly insignificant things like shoveling gravel.

The desire to humbly serve is what led Joel to persevere, even during circumstances like coming to church on a couple of occasions and absolutely no one else showing up. Whether pastoring a congregation of 10 or 90, Joel prepared his sermons the same way. He never prepared less or eased up because he thought it might not matter as much. At least outwardly, he never expressed frustration or voiced discontentment, and as a result, he did not lead his family into bitterness toward the ministry. In fact, just the opposite happened. Joel and Nancy instilled in Jenny and Matt a love for Christ and a love for the ministry. Joel evidenced that he was truly serving the Lord because he didn’t get hung up on whether he was happy with the results or not. He knew he was not ultimately serving results or the satisfaction of feeling effective; he was serving Him. 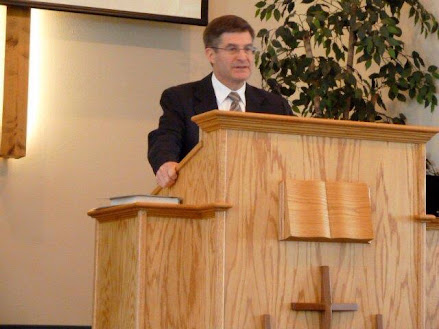 Humble service was what lead Joel and Nancy to show mercy to the homeless drifters who would find the church listing in the yellow pages (actually their home phone number) and call asking for help. From putting gas in tanks, to giving rides to the bus station, to putting people up in a motel, to making meals or buying groceries, they helped people and expected nothing in return. Sometimes, the giving hurt. Like the time Joel helped a young family get back on their feet and get a job. He even went so far as to loan them money only to have them skip out of town a couple of months later without ever paying him back.
The desire to humbly serve the church is what still leads Joel to spend his evenings, Saturdays, and Sundays studying for the three to four messages he has delivered each week for over two decades. He doesn’t have a hobby. Serving the flock of Cambridge Bible Church is his life. 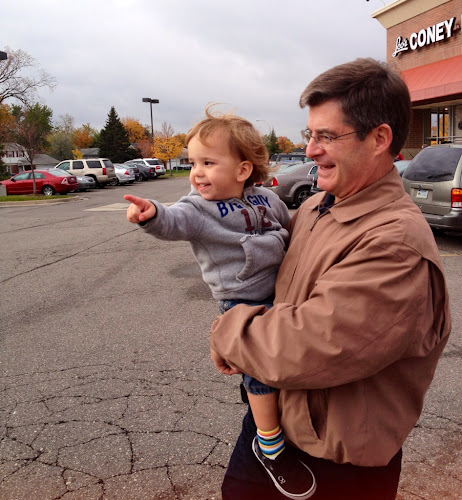 So, Son, learn from this humble man, Joel, the same man you love to call Gampy, something Pastor Ken often says to us, “Faithfulness is success.” Don’t be drawn away by sights that dazzle, crowds that might applaud, your name in lights, or on the cover of a book. The gospel ministry, whether vocationally or not, requires your putting your hand to the plow and not looking back. It involves your setting your face like flint and not looking to the right nor to the left. Because the gospel is a treasure, entrusted to fragile and common flesh and blood, so that unremarkable Joel, and you, his unremarkable namesake, might show that the remarkable power of faithful and humble service is from God.

Much of the biographical information shared in this post is reworked from a speech Matt gave at his mom and dad’s “20th Anniversary of Ministry” in 2008. But we’re not the only ones who think this way about Dad. Read more here.